★The best approach to charge your phone is to do a shallow charge and shallow discharge, which means charging when the battery is empty and pulling out when the charge is finished.

★When the phone is too hot or too cold, don't charge it.

★Keep your phone's battery at the half when you are not using it for an extended period of time.

Mobile phones are no longer just a means of communication; they are also playing an increasingly essential role in business, leisure, and social contact. The most concerning aspect of using a mobile phone is the low battery reminder.

When the battery level on their mobile phone dropped below 20%, 90% of participants felt "panic," according to a survey done by LG in 2016. Despite the fact that major manufacturers are working hard to increase the capacity of mobile phone batteries, most people have progressively switched from one-day charging to one-day charge, or even less, as the frequency and intensity of mobile phone use in daily life has increased. People will bring power banks with them when they go out in case of an emergency.

So, when we use our phones on a regular basis, what can we do to maximize the battery life of our phones?

Currently, the majority of lithium-ion batteries used in mobile phones are Nobel Prize-winning inventions. Lithium-ion batteries offer a large capacity, small size, high voltage platform, and extended cycle life as compared to older batteries like nickel-metal hydride, zinc-manganese, and lead storage. Mobile phones can be utilized as a result of their advantages, such as their smaller size and longer battery life.

For the anode, LiCoO2 (lithium cobalt oxide), NCM, and NCA materials are commonly used in mobile phones; anode materials in mobile phones include artificial graphite, natural graphite, MCMB, SiO, and others. Lithium is removed from the positive electrode in the form of lithium ions and then implanted in the negative electrode through the movement of the electrolyte in the charging process, whereas the discharge process is the polar opposite. As a result, the charging and discharging process is a continuous cycle of insertion/de-intercalation and insertion/de-intercalation of lithium ions between the positive and negative electrodes, sometimes known as the "rocking chair battery." 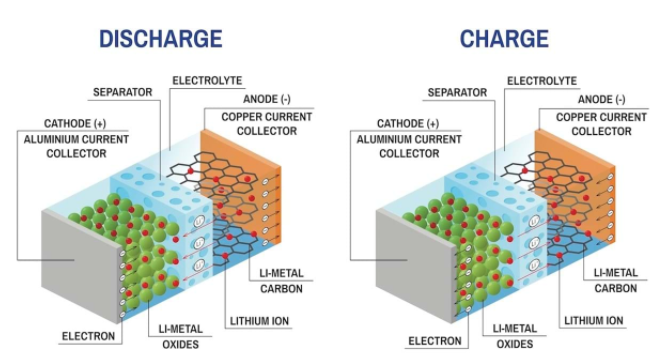 Ⅲ. Why is my battery draining so fast?

The battery life of a newly purchased mobile phone is not bad at first, but it will become less and less durable after a period of use. For example, a fully charged new phone can last 36 to 48 hours, but more than half a year later, the same full power can only last 24 hours or less.

What is the rationale behind mobile phone batteries being "life-saving"? The following are the key reasons:

① Overcharge and over discharge

The LiCoO2 after deep charge and discharge has structural damage

The lithium-ion battery's capacity can be maintained at more than 80% of the number of charge and discharge cycles, which is how cycle life is commonly measured.

The national standard GB/T18287 stipulates that lithium-ion batteries in mobile phones must have a cycle life of at least 300 times. Is this to say that after 300 charges and discharges, our cellphone batteries will become less durable? No, the answer is no.

However, we cannot rely solely on a superior battery management system. Leaving a phone on low or full power for an extended period of time might harm the battery and lower its capacity. As a result, the ideal approach to charge and discharge a mobile phone is to do so in short bursts. Maintaining 50% of the phone's power when it is not in use for an extended period of time will successfully extend its service life. 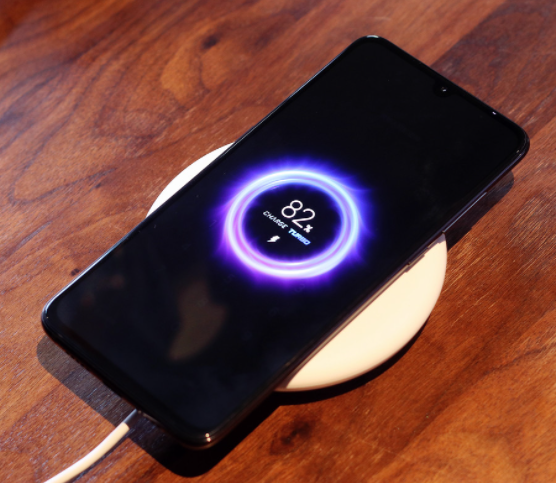 ② Charging under too cold or too hot conditions

However, if the battery is charged at a low temperature, the polarization of the negative electrode may cause its potential to approach the lithium metal reduction potential, resulting in lithium metal deposition on the negative electrode's surface. As a result, battery capacity will be reduced. Lithium, on the other hand, is a substance. Dendrite creation has the potential to short circuit the battery, posing a threat.

Charging a lithium-ion battery at high temperatures changes the structure of the positive and negative electrodes, resulting in irreversible capacity loss. As a result, try to avoid charging the phone in extreme cold or heat, as this will help to extend its service life. 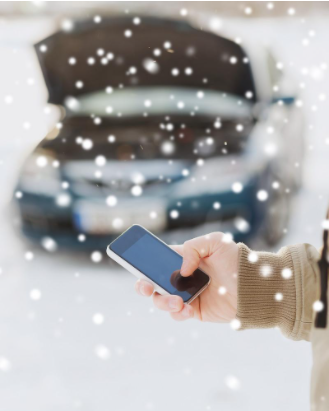 Ⅳ. Regarding charging, are these statements reasonable?

① Will charging all night affect the battery life of the mobile phone?

Overcharging and discharging the battery will shorten its life, however charging overnight is not the same as overcharging. On the one hand, once the phone is fully charged, it will turn off automatically; on the other hand, many phones now employ a fast charging method that involves charging the battery to 80% capacity and then switching to a slower trickle charge. As a result, you are free to charge your phone as you sleep. Engineers have taken these concerns into account for everyone involved in the design.

② The summer weather is very hot, and the mobile phone will have a high temperature when charging. Is this normal, or does it mean that there is a problem with the battery of the mobile phone?

Complex processes such as chemical reactions and charge transfer accompany battery charging. Heat is typically generated as a result of these processes. As a result, it is typical for mobile phones to create heat when they are being charged. Poor heat dissipation and other factors, rather than problems with the battery, are to blame for the high temperature and hot phenomenon of mobile phones. Removing the protective cover when charging allows the phone to disperse heat more effectively, potentially extending the phone's service life.

not going to happen. Using a power bank or a car charger to charge your phone will not damage the battery's service life as long as you use a charging method that meets national standards.

The charging rate is only connected to the charging power supported by the charger and mobile phone, whether it is charged using a power bank, car charger, computer, or simply plugged into the power source. A 5W charger (5V=1A) charges at a faster rate than an 18W charger. The charger is sluggish (9V=2A). 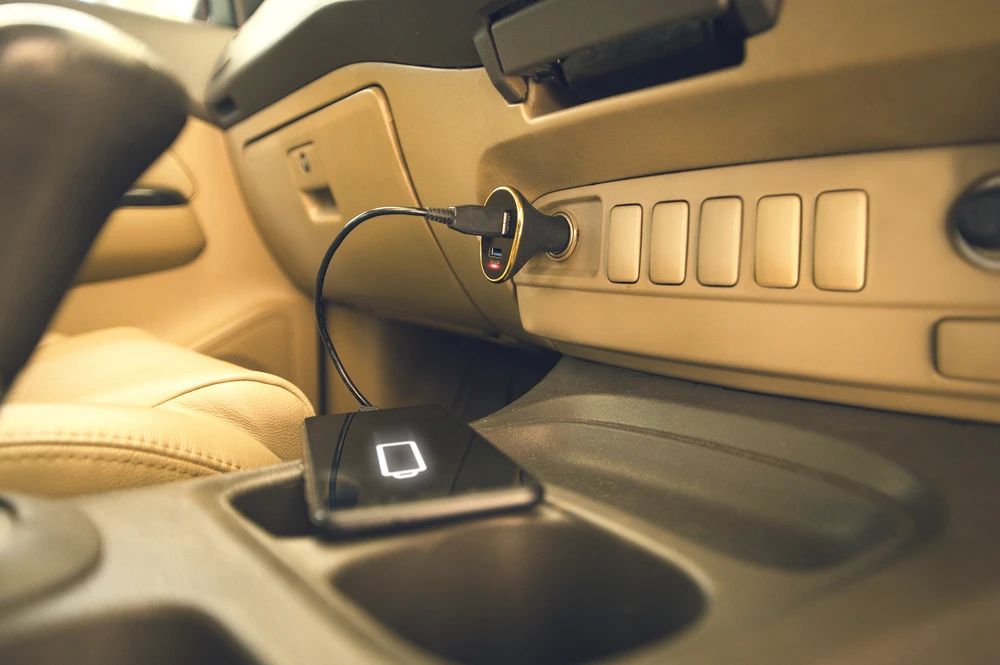 When the phone is fully charged, it can be used. When charging the phone, the charger uses a transformer to convert 220V high-voltage AC power to low-voltage (often 5V) DC electricity to charge the battery. The cell phone is just attached to the low-voltage component. The human body's safe voltage is 36 volts in general. That is to say, even if the phone case leaks during regular charging, the low output voltage will not hurt the human body.

When it comes to important news on the Internet regarding "calling and being electrocuted while charging," the content is essentially reproduced. It's difficult to verify the original source of the information, and there's no report from any authority, such as the police, so judging the truth of the relevant news is difficult. sex. However, "the phone was electrocuted while charging" is alarmist when it comes to utilizing authorized charging equipment that fulfills national criteria to charge mobile phones. However, this serves as a reminder that when charging our phones, we must utilize chargers made by reputable manufacturers that comply with applicable national requirements.

Furthermore, do not disassemble the battery on your own while using your phone. When the battery becomes abnormal, such as bulging, cease using it immediately and have it replaced by the mobile phone maker to avoid any safety hazards caused by incorrect battery use.

Millimeter Wave Radar: Advantages, Types, and Applications
What is a Projector?